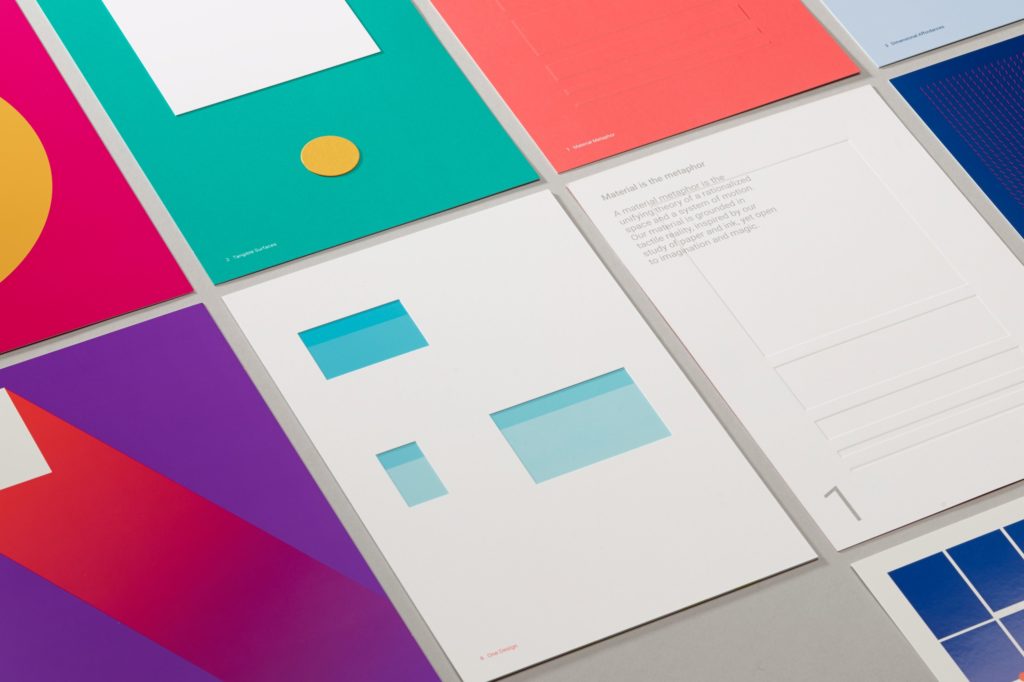 Codename: “Quantum Paper” is a concept developed by google in 2014 that attempts to create a universal design language that can that can be used to unify designs and user experiences across platforms and devices.

Google uses the idea of “material” as a metaphor for a rationalized space and system of motion.  They took inspiration from the study of paper and ink, hence being codenamed “quantum paper”.  This paper has limitations but is also “smart” or technologically advanced meaning it may be able to create new ways of interacting within the environment without breaking the rules of physics.

Googles concept of “material” has some very interesting concepts and guidelines that they use to construct a more unified experience.  As stated earlier Google looked to paper as their inspiration for the “material”, although seemingly flat it is solid and therefore does have depth.  This “material” (being solid) cannot occupy the same space as another “material”, but it can grow, shrink and move.

All these rules and limitations can seem a bit arbitrary (and even a little bossy by Google) but the real important thing with this philosophy is the attempt to unify and standardize a space that was previously occupied by an ungoverned random assortment of functionalities and design aspects.  The construction using unified practices allows Google (or others) to build a cohesive digital-ecosystem that interacts and functions in a practical and logical manner.  This can allow apps and UI designs all to have their own unique feel and space but will also allow them to function the same under the umbrella of Material Design.