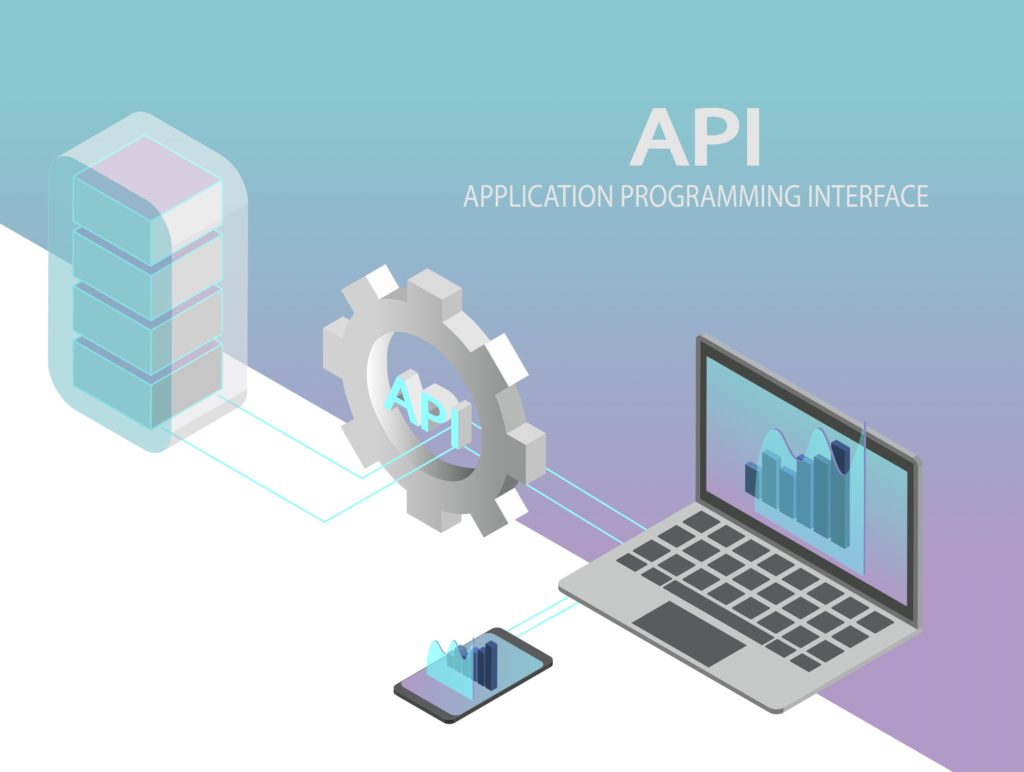 Chances are, if you have spent time in the WordPress community or perusing WordPress development message boards, you have probably seen references to the REST API.  The WordPress and REST API project has been evolving since 2013 when it was first introduced to the wordpress open source community. Initially, it was met with a lot of support from, not only within the wordpress community, but within the development community as a whole. Due to this wide-ranging support, the REST API was made part of WordPress’ core in 2016 and has been used by developers ever since to extend and improve WordPress.

Before discussing the REST API specifics let us first pan-out and take a look at the basics of API’s. Essentially, an API (Application Programming Interface) facilitates two applications to communicate with one another. For example, when you go through the process of embedding a Google Map onto your site using the Google Map API, you are essentially creating a pathway of communication between those two applications. This pathway enables you to leverage the functionalities of Google Maps on your website instead of having to code all of those functionalities manually.

Recently, APIs have become more widespread and well known due to the fact that many companies have begun to package and sell them as products. For example, developers at Google will gather sections of their application’s code to then make that component available to the public, either free or as a paid service. This enables developers to use the API as a tool to help extend the functionalities of their own applications or websites.

As the web becomes more diverse and as companies’ technical portfolios expand to include varieties of applications, it becomes increasingly more necessary that these applications are able to share information and leverage functionality. This enables developers to build on existing functionality, or connect two separate aspects of their digital presence in order to provide a more robust or seamless online experience.

APIs can be created in a multitude of ways and they almost always have a fancy acronym as a name and the REST API is no exception, a REST API stands for Representational State Transfer and is a specific type of API that must conform to five specific rules. REST offers a set of guidelines developers use when building this type of API.

The five basics that make an API ‘RESTful’ are as follows:

The API was designed to transform WordPress from a content management system to an application platform or framework. WordPress as a CMS is exceptional at managing a sophisticated website. The REST API broadens what WordPress can be used for and with.  By utilizing Javascript, a client-side language instead of WordPress’ PHP, a server-side language, the content can refresh and react to a user’s actions without reloading the page. For developers, this is huge. Katie Keith, a Operations Director explains, “By understanding the REST API, WordPress developers can choose the most effective way to implement each task, without being confined to specific technologies or platforms such as PHP or the WordPress backend. Used effectively, the REST API makes third party integrations much easier…It even opens up new opportunities, for example to create your own WordPress-based mobile apps, or explore new and unique ways to communicate with WordPress.”

In other words, WordPress developers are no longer constrained to one language or one way of accomplishing a certain functionality. On top of that, companies can utilize, leverage and integrate multiple aspects of their online presence, for example, they may use the REST API to pull and display post content from their WordPress instance into email campaigns for subscribed users. Obviously API concepts can be a bit difficult to grasp, however at its simplest it allows for two seperate programs to communicate in a secure uniform manner.

If you have any questions about leveraging WordPress’ REST API in any of your projects, head over to our contact page and send us a message to start a discussion on how using the REST API can work for your business!